Thermal energy also plays a critical role in the supply chain and keeping temperature-sensitive products like pharmaceuticals and food within the optimum temperature range.

Here are eight fun facts about thermal energy that will blow your mind!

Sometimes these terms get used interchangeably, but they are in fact very different. Thermal energy is stored or internal, whereas heat is the transfer of energy between two objects.

2. Thermal energy and temperature aren’t the same either!

3. Ice cube isn’t cooling your drink, your drink is heating the ice cube

This can be a tough one for people to wrap their heads around sometimes. We use ice cubes to keep our drinks cold, but technically what’s happening is that heat from the drink is taken away to warm the ice cube, causing it to melt and then lower the temperature of the drink.

4. There are 3 types of heat transfer - convection, conduction, and radiation 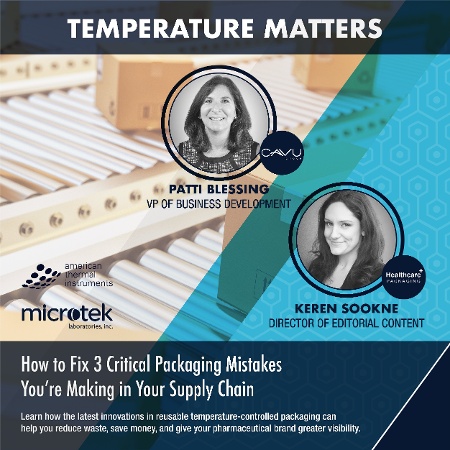 5. Water is one of the only things that expands when it freezes

Have you ever noticed how if you freeze a water bottle that’s completely full, it will break open? That’s because water is one of the only things that expands when it freezes – most others shrink in cold temperatures. It’s an anomaly because of its molecular structure, joined by elements like gallium, silicone, geranium, bismuth, and plutonium.

6. One megawatt-hour of electricity produced from solar thermal energy prevents the emission one ton of CO2 into the atmosphere


7. $15.2 Billion of pharmaceutical products are lost every year because of temperature excursions


8. Thermal energy was first discovered in 1847

James Prescott Joule, after whom the unit of heat energy is named, was experimenting with fluids and he found that when he agitated the fluid, its temperature increased. He and his team then performed mechanical work on a float and in doing so converted that mechanical energy to thermal energy!